UPDATE: 1Password for Linux was officially launched on May 18th, 2021 - Welcoming Linux to the 1Password Family. Our beta family remains open for our upcoming features and improvements so if you enjoy being on the bleeding edge please install the beta.

A full-featured Linux desktop app has been our most requested feature by far and responsible for the longest forum post in our history. We’re thrilled to announce that 1Password is coming to Linux! 🎉 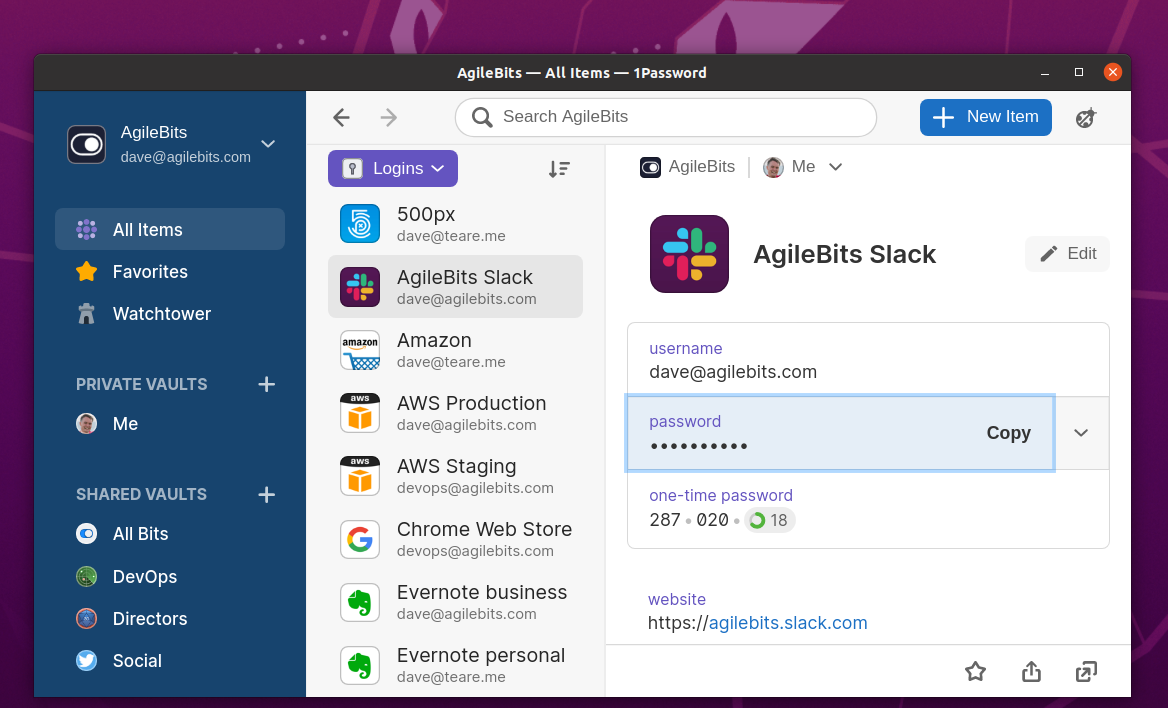 Planned for official release next year, we couldn’t wait to share the news with you so we've opened the beta so you can join in on the fun.

Not exactly an LTS release

This isn’t a long-term support release! You can expect many updates and changes over the next few months as many features are not complete yet. For example, the app currently doesn't allow creation of new items.

As such this initial release should be used for testing and validation purposes only and is not suitable for business critical environments. For a stable experience on Linux you’ll want to use 1Password X in your browser.

Our new app is built to meet the security and performance expectations of Linux users. Its backend is written completely in Rust, a secure systems programming language that has made a lot of waves in the Linux community. We’re especially proud to be using the incredible ring crypto library to power the end-to-end encryption that keeps your data safe.

In addition to a secure foundation we’ve tailored the app to integrate with Desktop Linux with features like:

And this is just what’s available in the beta so far. There will be many more exciting features that will take advantage of the power of Linux as we continue development.

Our new app is built on great open source projects like the Rust programming language for the underlying logic, and React for a responsive component-based UI.

Building an app for Linux wouldn’t have been possible without these giant shoulders to stand upon so we want to give back to the free software community. If you work on an open source team that needs a password manager, open a PR against our 1Password for Open Source Projects repo and we’ll give you and everybody on your team a free account. You and your team will be able to continue using this account even after the official version is released.

Thank you so much for your contributions and making the world a better place. 🤗❤️

If you’re excited to report issues, work with us to resolve them, and update to verify fixes, then you’re welcome to join us on this journey. To get started read the guide Get to know 1Password for Linux to find installation and troubleshooting instructions.

We maintain signed apt and rpm package repositories for Debian, Ubuntu, CentOS, Fedora, and Red Hat Enterprise Linux. We also have an AppImage for as-of-yet unsupported distributions. Let us know what distribution you use and how well 1Password works there.

We hope you are as excited about a 1Password Linux app as we are. Our development team will be active in this forum so when you find issues please report them here.