I have my 1Pasword Vault residing happily on my Surface Pro's SSD in a special 1Password.agilekeychain folder. The Desktop client works great and fine. However, can't open the same vault in the Modern App, it keeps showing this odd error message that it's a bad vault format, where it's created by 1Password without any modification... 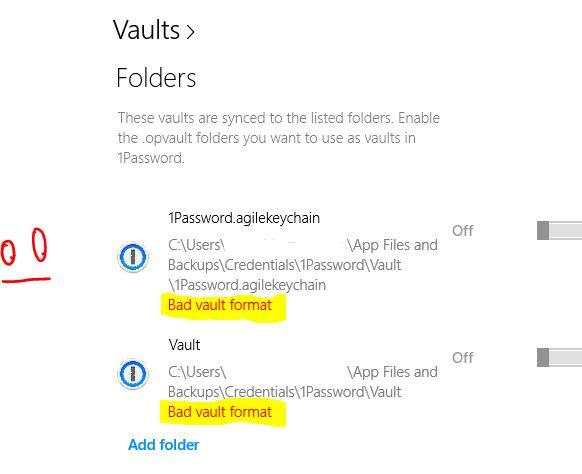