Setup with standalone vault [restored for paid customers in 7.3.4]

I have a workflow where I use 1Password on my phone - locally, no sync, do not want sync, can not use sync. Obviously this is not my main way of using 1Password, which I have been using now since 2011, mostly on Mac and iOS.

On that phone, I often remove 1Password and reinstall it. The last time I did this was a few weeks ago, likely running 7.3.1 or 7.3.2.

Today, I needed to urgently do this again, and I reinstalled 1Password to realize the new onboarding screen does not seem to let me configure my local vault at all.

I looked at release notes - all I can see is that 7.3.1 had improvements to standalone vault syncing, which seems to mean standalone vaults still work, and 7.3.3 reduced the size of the app by 27%.

Is this a bug, am I dumb, or is this by design?

How do I go through this onboarding screen?

If this feature was removed, why was it not clearer in release notes, or was it clear and did i miss it? Should I restore my phone to a prior backup, just to regain the ability to use 1Password in standalone mode? 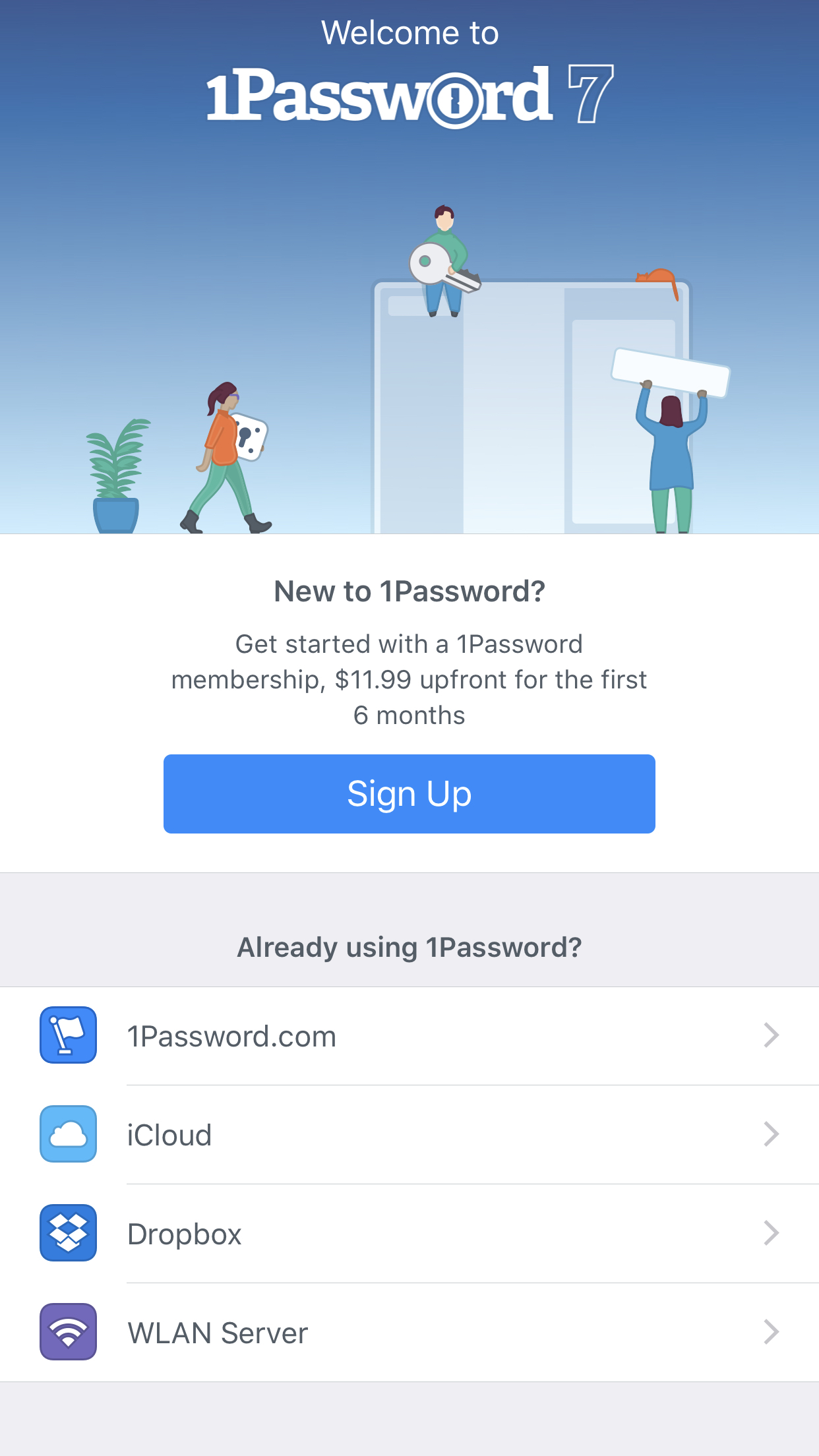