jasb ✭
June 18 in Saving and Filling in Browsers

Just wanted to report a browser extension filling issue at merrilledge.com. I see it on both Chrome Version 83.0.4103.106 (Official Build) (64-bit) and Firefox 77.0.1 (64-bit) using the latest extensions 4.7.5.90. I have the automatically sign in after filling usernames and passwords turned off.

Below are screen shots of before and after. It does fill in the username and password correctly. However, in both browsers it triggers the website into showing some password requirement information. It isn't a big issue in Chrome, but in Firefox it causes the log in button to be scrolled out of the view and hidden. The work around for Firefox is to hit tab to get to get log in button.

1PasswordX works fine in both browsers, but I don't use it because it isn't integrated with the 1Password for Windows app (have to log into 1PasswordX separately). This isn't a critical issue as it does work, but I thought you might want to know. 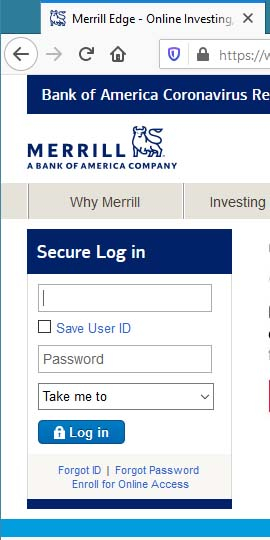 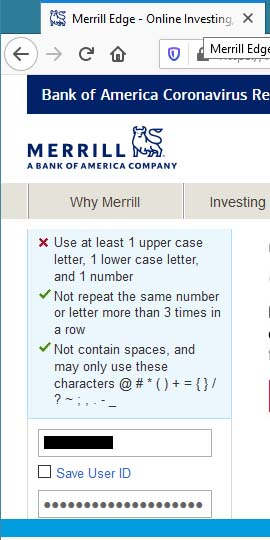