Sorting by Tag in the Weak Passwords Area

How do I sort by tag in the Weak Passwords Watchtower area?

You have a deficiency in your product where you are unable to filter out pin codes and other types of passwords that are considered weak. So they consistently get displayed in Weak Passwords.

This could all be alleviated if you provided the ability to sort by tag, where by you could filter out all "WeakPasswordDontCare" tags in watch tower. Should be easy to implement/fix but I see other postings out there where they were overthinking the problem. 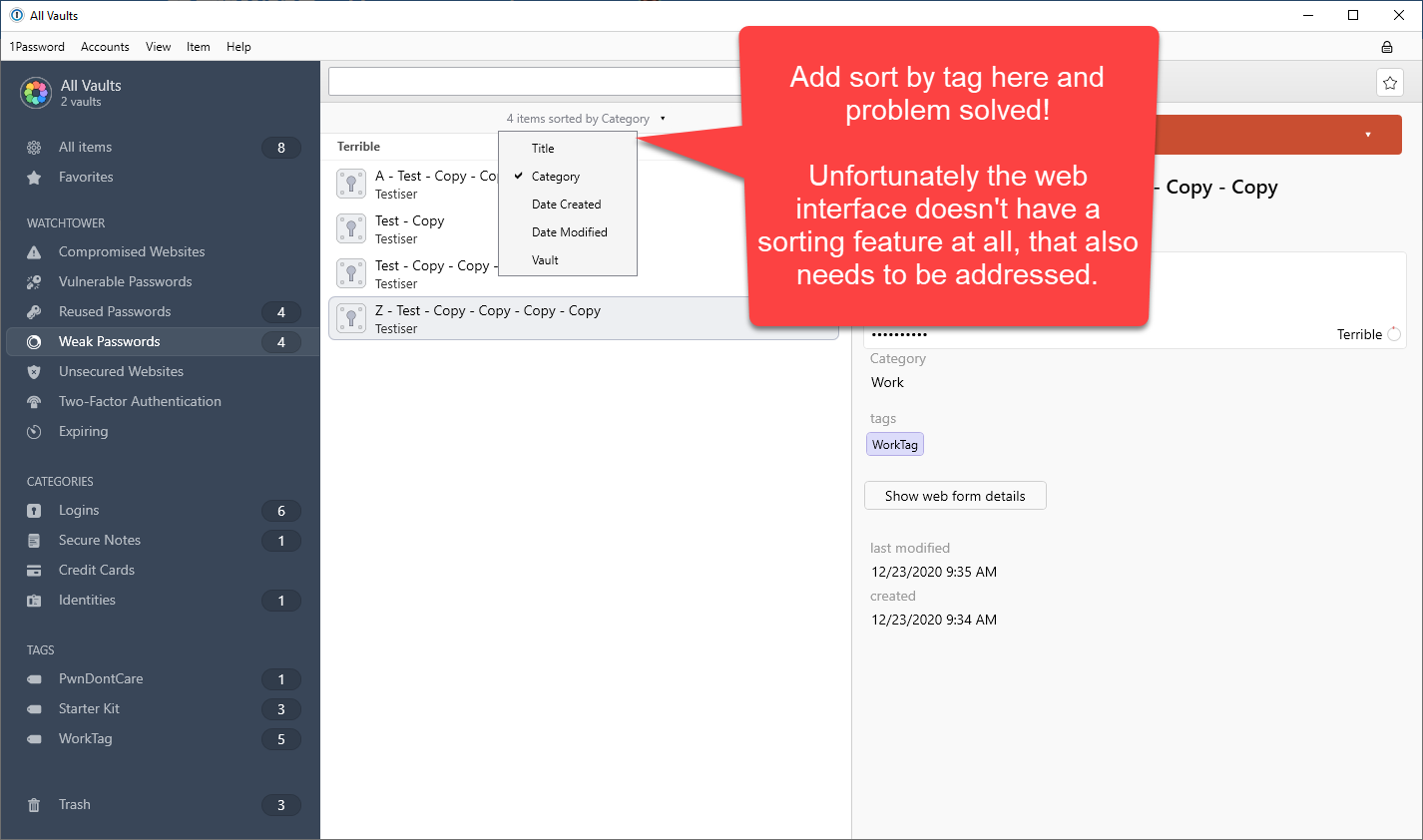