I initially reported this bug after the first beta release for Firefox and noticed it hasn't been fixed yet. I just wanted to update in case the devs weren't aware that it is still an issue.

Upon opening a private window in Firefox and trying to open the 1Password extension it is just a blank screen. However, it seems the functionality is there. For instance, if I sign in to the extension on a regular window and then open a private window and go to a website the inline menu will pop up with the correct login info, but I still can't access any logins via the actual extension. Here is a screenshot. 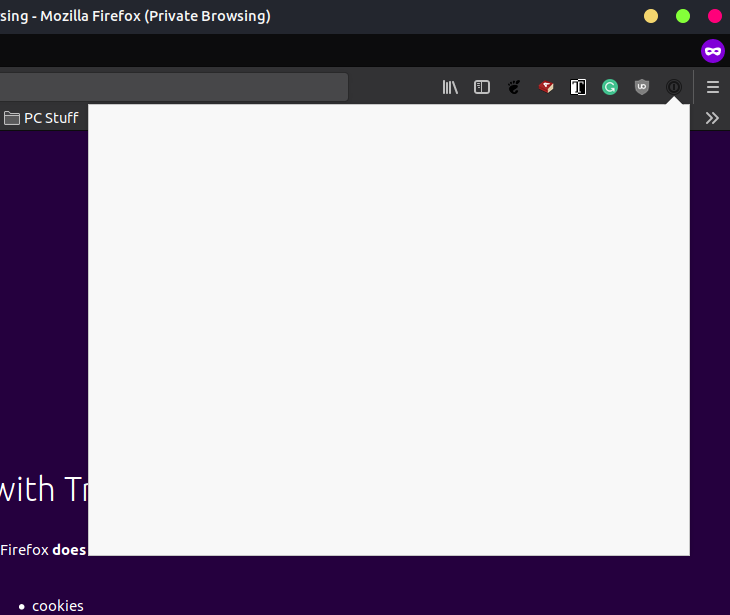