Passwords over 21 characters are not fully revealed by the "Reveal" button.
As this screen grab shows, only the first 20 characters are clearly shown. 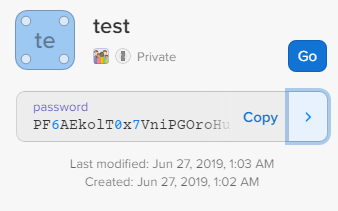 Characters after the first 20 or 21 are lost due to these UI bugs:
(a) The often pointless fading-out effect, intended to show "there's more password than you can see", but which is pointless, if you are graying-out the LAST character of a 22-character password. And
(b) The oversized "Copy" button. And
(c) The the excessive blank border to the left of the "Copy" button.
(d) The lack of any easy affordance for showing a long password. For example:
For passwords too long for the default box, you could pop-over a complete dialog. Or temporarily resize the border between the nav pane and the detail pane, restoring it after the next click or keystroke.