Strange password suggestion which entries I can't find in the vault.

I just have a very strange behavior in my iOS app which I can not explain. Some weeks ago I created 2 password entries in 1Password for Windows. I doubled both and moved 2 of them into another vault.

Now I have 2 login entries in my primary vault with the correct URL (https://www.comdirect.de) especially for the desired iOS app I want to use them with (https://apps.apple.com/de/app/comdirect/id1275446664). But when trying to log in to the app there are 2 password entries shown which doesn't exist anymore, and I don't know how to get rid of them. 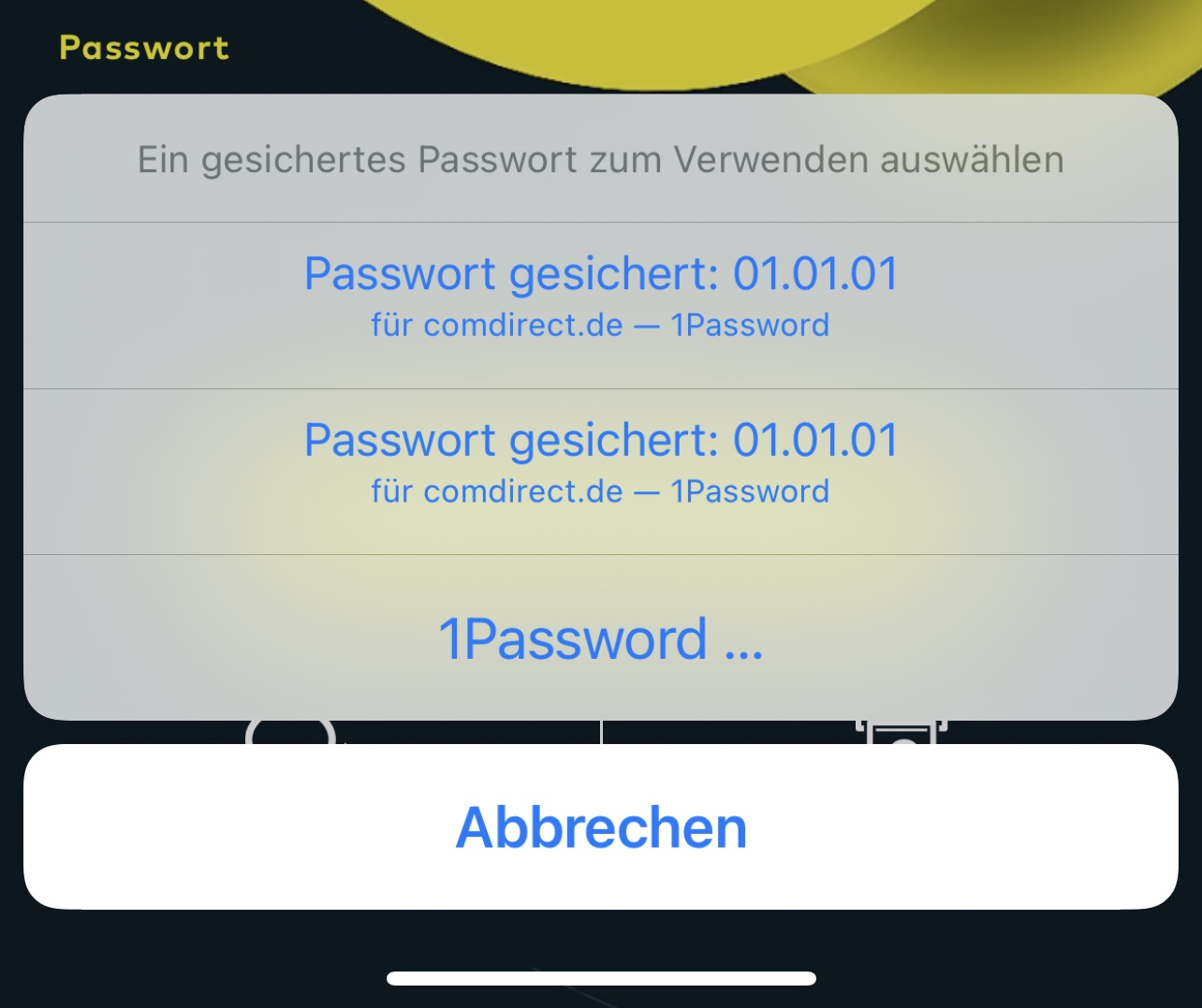 You can see the creation date of these 2 password entries. There seems to be something wrong... 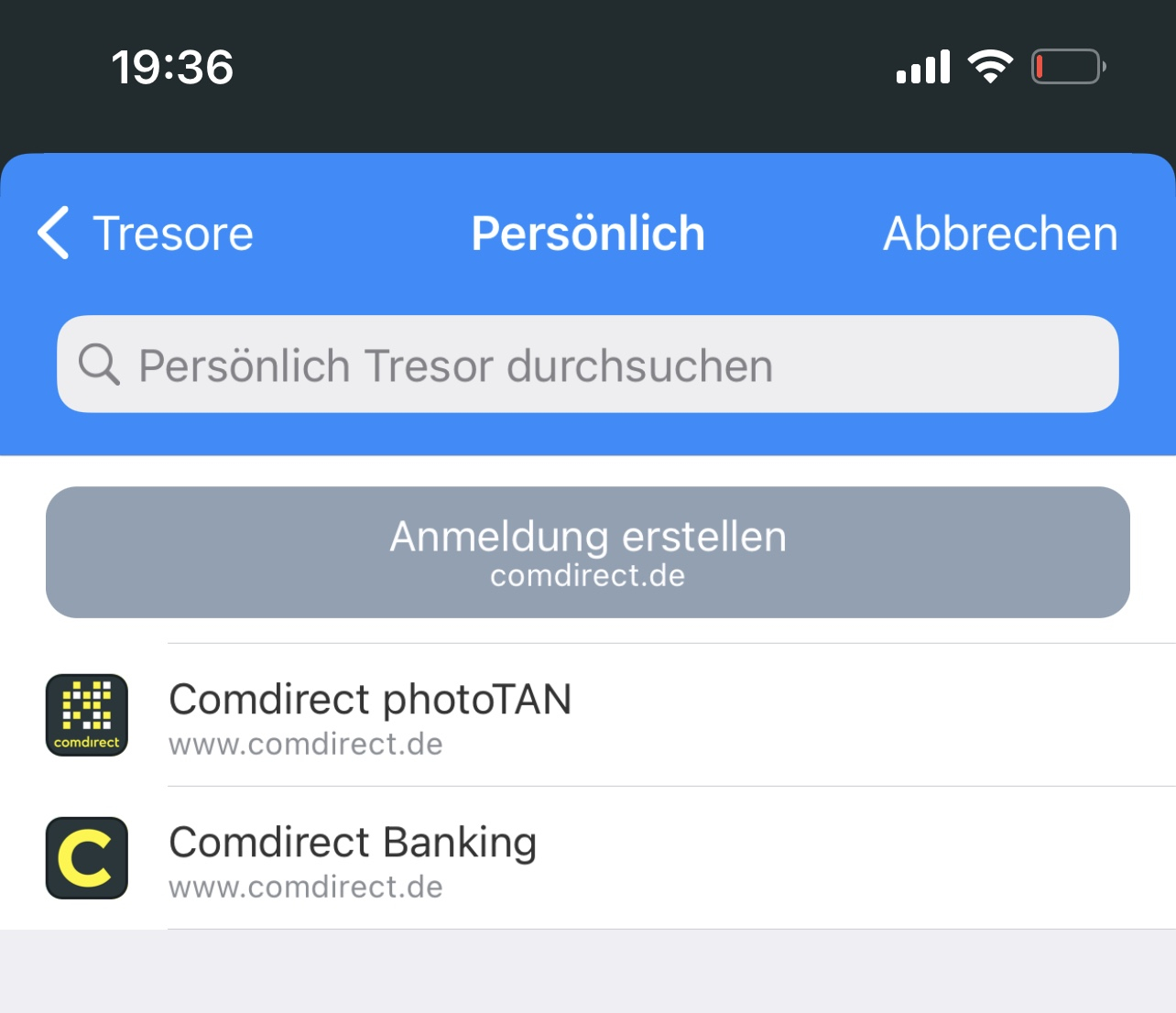 When selecting the correct entry the iOS app is opening and everything is fine.

Do you have an idea what could be wrong and where those password suggestions are coming from and how to get rid of them?

There are no deleted password entries in the trash folder of my vault and I don't have pure password entries only. Also the former deleted vault is still deleted. I don't know what could be the problem...