galore_starch ✭
July 20 edited July 20 in 1Password in the Browser

Is there any way to ask the 1Password Browser Extension to not show password suggestions in cleartext? If I choose to use the suggested password (which I often do as opposed to manually authoring one) then it has already been compromised by being revealed to anyone watching my screen. 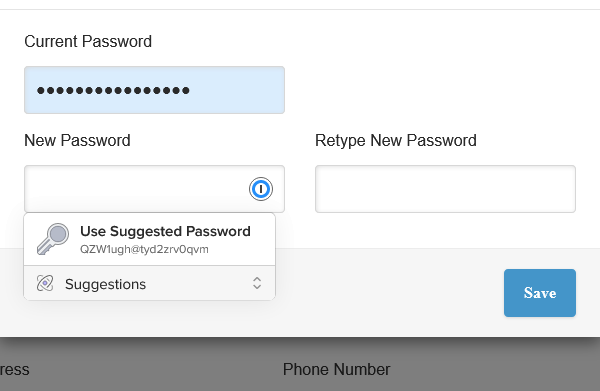 If this feature doesn't exist then I would also suggest allowing the user to temporarily reveal the suggested password before committing to it (i.e. in the UI element that appears below the form field).